What Is A Levitate Music Festival?

When talking about the grassroots and reggae events, the Levitate Music Festival is one of the first things to come into mind. The flagship gathering of genre fans from all around the US, it is deeply rooted with surf, skate, art music, and has the sole role of delivering peace. The festival has been started by the Levitate Community in 2013 as the 10th-anniversary event, and since then has a solid standing in the bucket list of grassroots, reggae, ska folk and funk fans.

A 3-day event is just enough to feel the vibe of roots culture, hear the prominent stars of the scene (like Tedeschi Truck Band or Nataniel Rateliff), taste the most delicious food, see and touch the arts, and take part in the greening initiatives of Marshfield, MA.

How Much Do The Levitate Music Festival Tickets Cost?

The prices for the Levitate Music Festival start at $180 for the 3-day pass, according to the ticket provider StubHub (prices are subject to changes).

The providers have the following offers for different days:

What Are The Levitate Dates and Location?

This year’s festival starts on July 10 and will last for 3 days, until July 12. Festival is held at M, Marshfield, MA.

More info can be found here.

Where to Stay During Levitate Festival

What to Bring with Yourself for Camping?

The following items will be useful:

Boston Calling Music Festival is a Boston-based music festival. The festival debuted in May 2013 and previously took place twice a year, May and September, at City Hall Plaza. The festival reportedly attracted 20-22,000 fans with its earlier editions, eventually drawing roughly 40,000 festival goers in 2017. 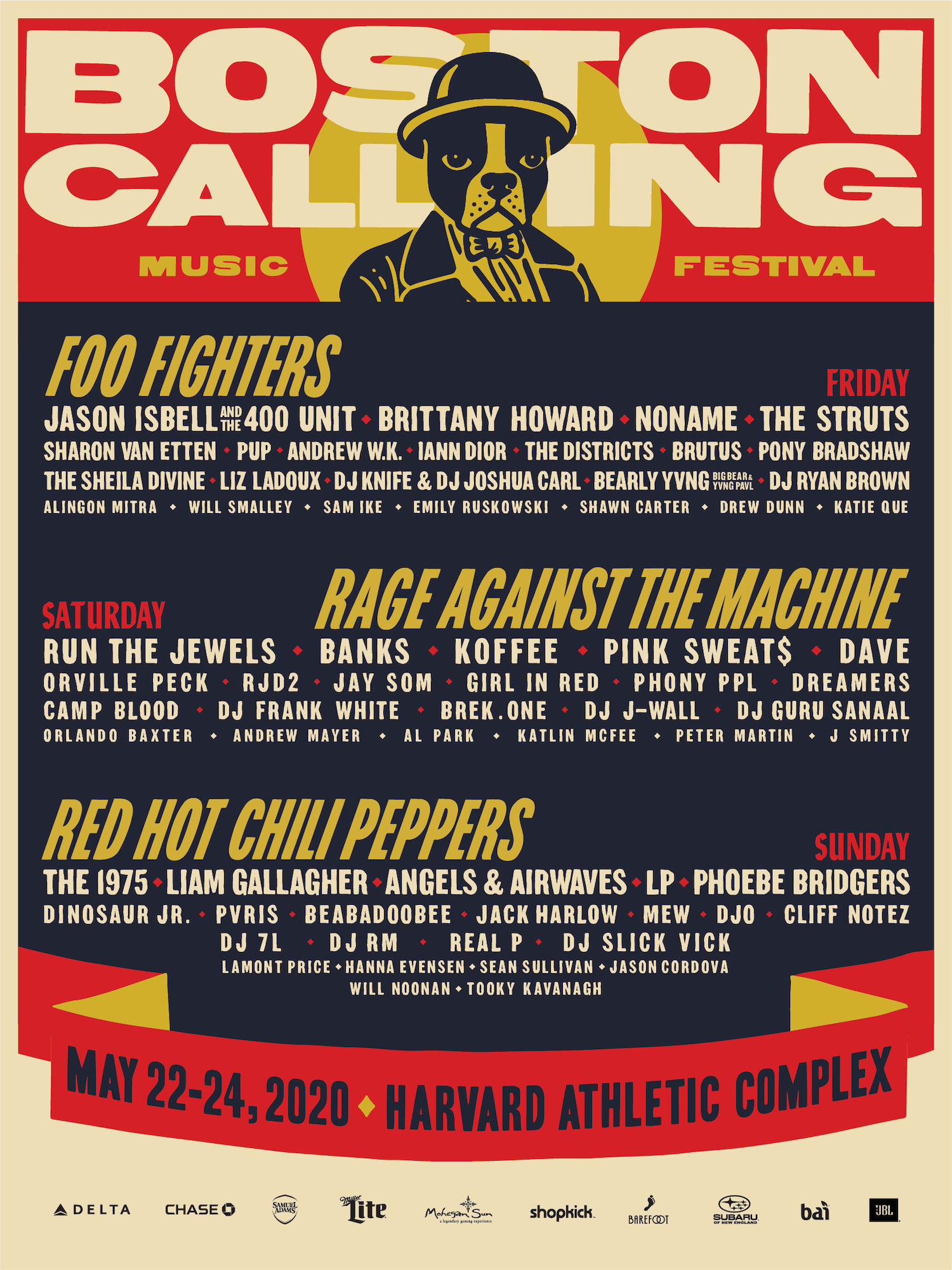 The Red Hot Chili Peppers, the Rage Against the Machine and the Foo Fighters will headline Boston Calling 2020, bringing two of the biggest alternative rock bands in America to Harvard Athletic Complex in Allston next Memorial Day weekend, May 22-24, 2020.

Red Hot Chili Peppers are currently working on their first album in over three years, while Foo Fighters will celebrate their 25th anniversary next year. Over 60 additional acts including a third headliner will be announced in January.

Schedule and Other Info

The schedule will be available closer to the event.

What do you wear to a Boston call?

Comfortable sneakers, of course! You’re going to spend all day on your feet, so you better be comfortable.

What do I need to bring to Boston call?

The following items will be useful: