Sick New World is a new musical festival set to debut in May, 2023. Focusing on harder, more aggressive genres like hard-rock, rap-rock, nu-metal, and more, the Las Vegas event kicks off with a deep lineup of both nostalgic acts and newer bands.

System of a Down, Korn, Deftones and Incubus are set to headline the inaugural Sick New World Festival. Additional performers include Evanescence, Turnstile, Chevelle, Mr. Bungle, Papa Roach, Death Grips, Flyleaf, Placebo, Spiritbox, The Sisters of Mercy and many more. 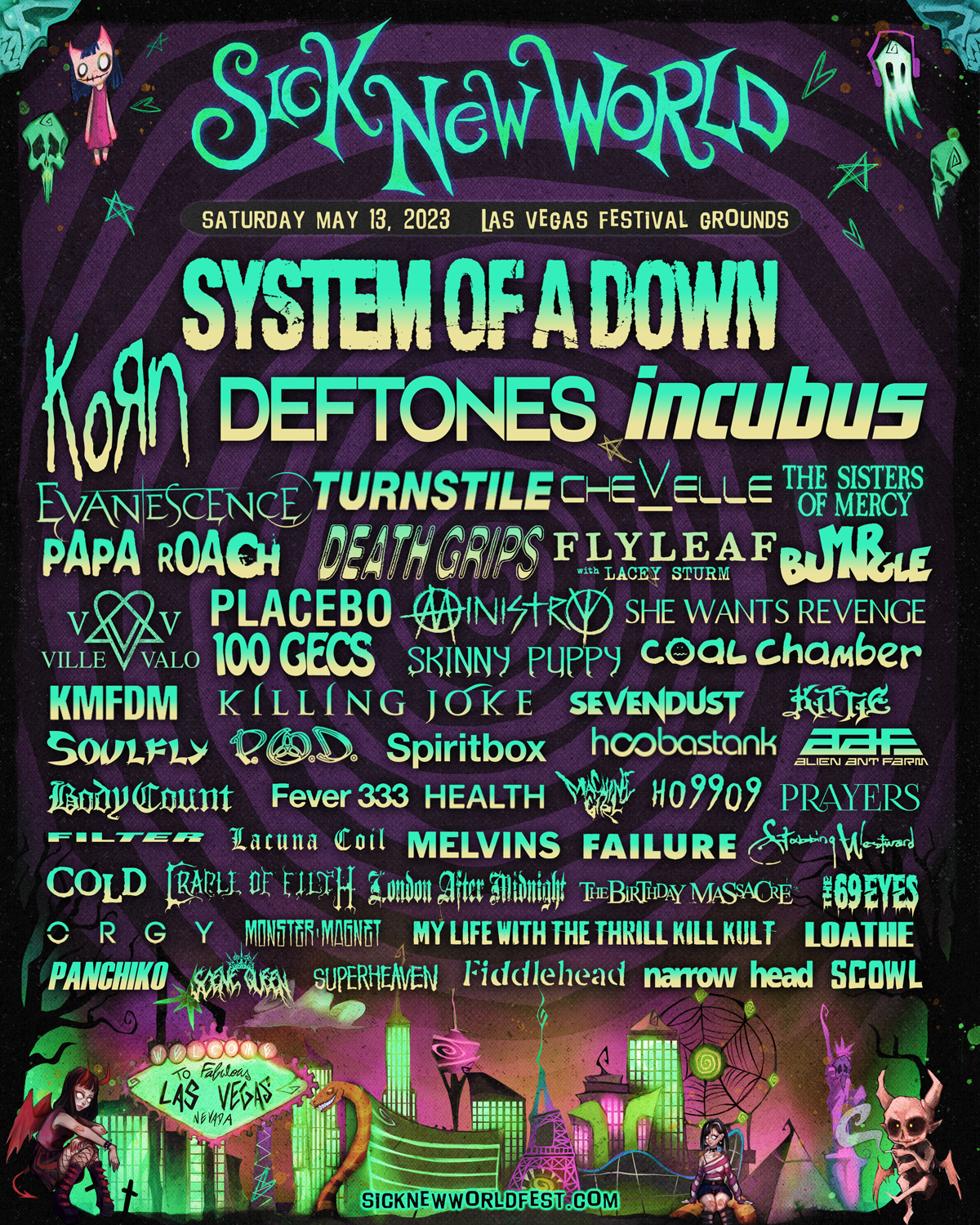 Where to Stay During Sick New World 2023

We’ve partnered with the best hotels around Las Vegas to bring you the lowest rates possible along with a great lodging experience for your Sick New World weekend.

How many stages will there be?

There will be multiple stages of varying sizes placed around the festival grounds with several bands performing at the same time. Full lineup details including set times and performances by stage will be released closer to the festival.