Pilgrimage Music & Cultural Festival will return on September 24 & 25 at The Park at Harlinsdale Farm in Franklin, Tennessee.
The annual festival was founded in 2015 and has grown to host 60-plus artists on six stages just 20 minutes outside Nashville. Festival founder Kevin Griffin drew his initial inspiration from New Orleans Jazz & Heritage Festival, with its diverse daytime programming. Over time, however, Pilgrimage has become more focused on highlighting the region’s cultural heritage in addition to providing musical entertainment. 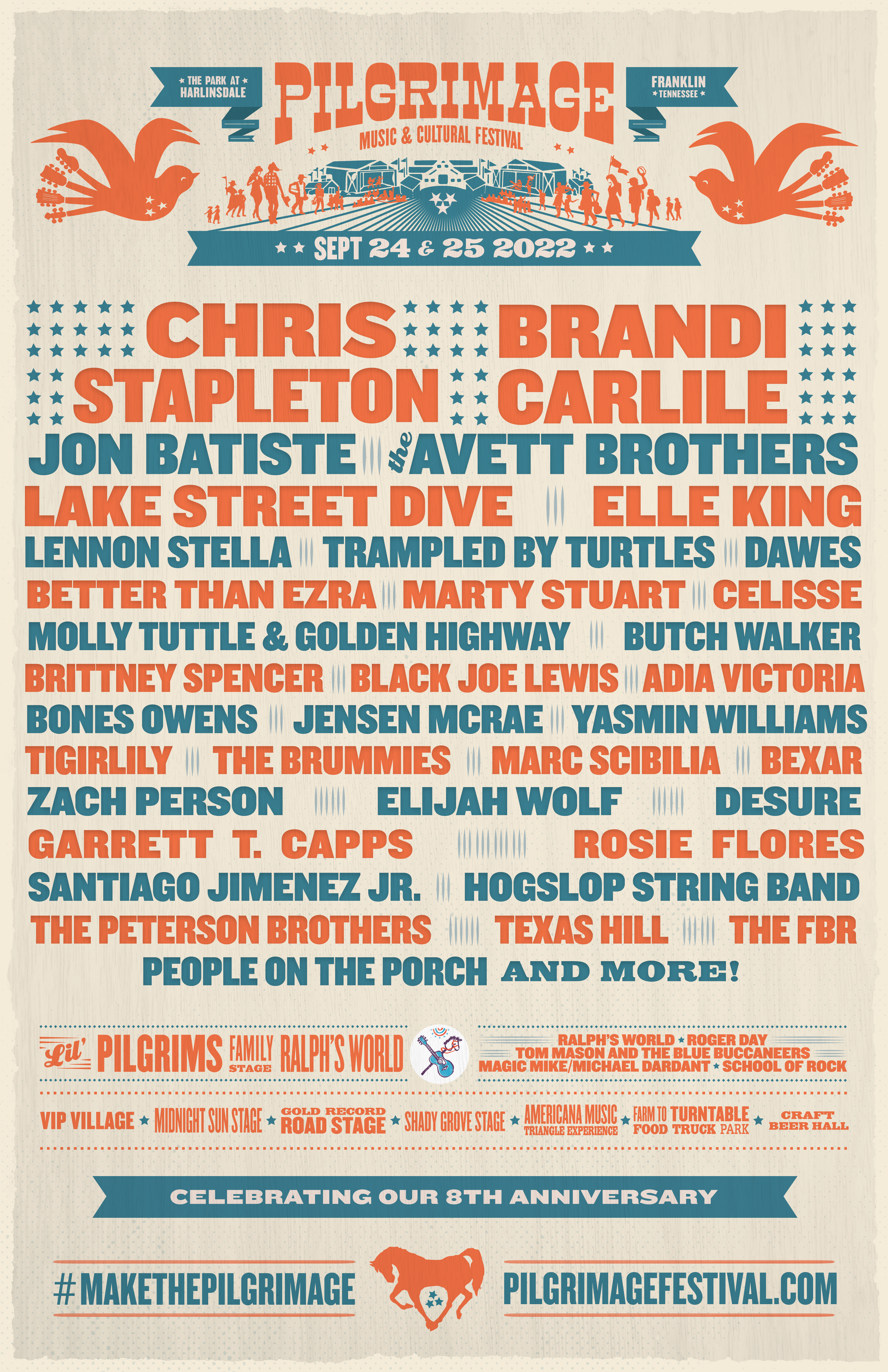 Where to Stay During Pilgrimage Festival 2022

We’ve partnered with the best hotels around Franklin to bring you the lowest rates possible along with a great lodging experience for your Pilgrimage Festival weekend.

Can I park my RV/camper on-site?

RVs or campers to be parked are not allowed on-site or off-site lots, as festival does not offer overnight parking.