What is the Ohana Festival?

The three-day festival, which takes place at Doheny State Beach, is an all-ages affair. It was co-founded in 2016 by Pearl Jam singer/guitarist Vedder, who grew up nearby in San Diego’s North County.

How Much Are Tickets For Ohana Fest?

The prices for the Ohana festival start at $138 for the single-day pass, according to the official website (prices are subject to changes).

The festival has the following offers for different days:

This year’s Ohan festival starts on September 30, and will last for 3 days, until October 2.

No more rumors! The Ohana festival lineup has been officially announced and will bring stars like Stevie Nivkc, Eddie Vedder, Pink, Jack White and others at one place. 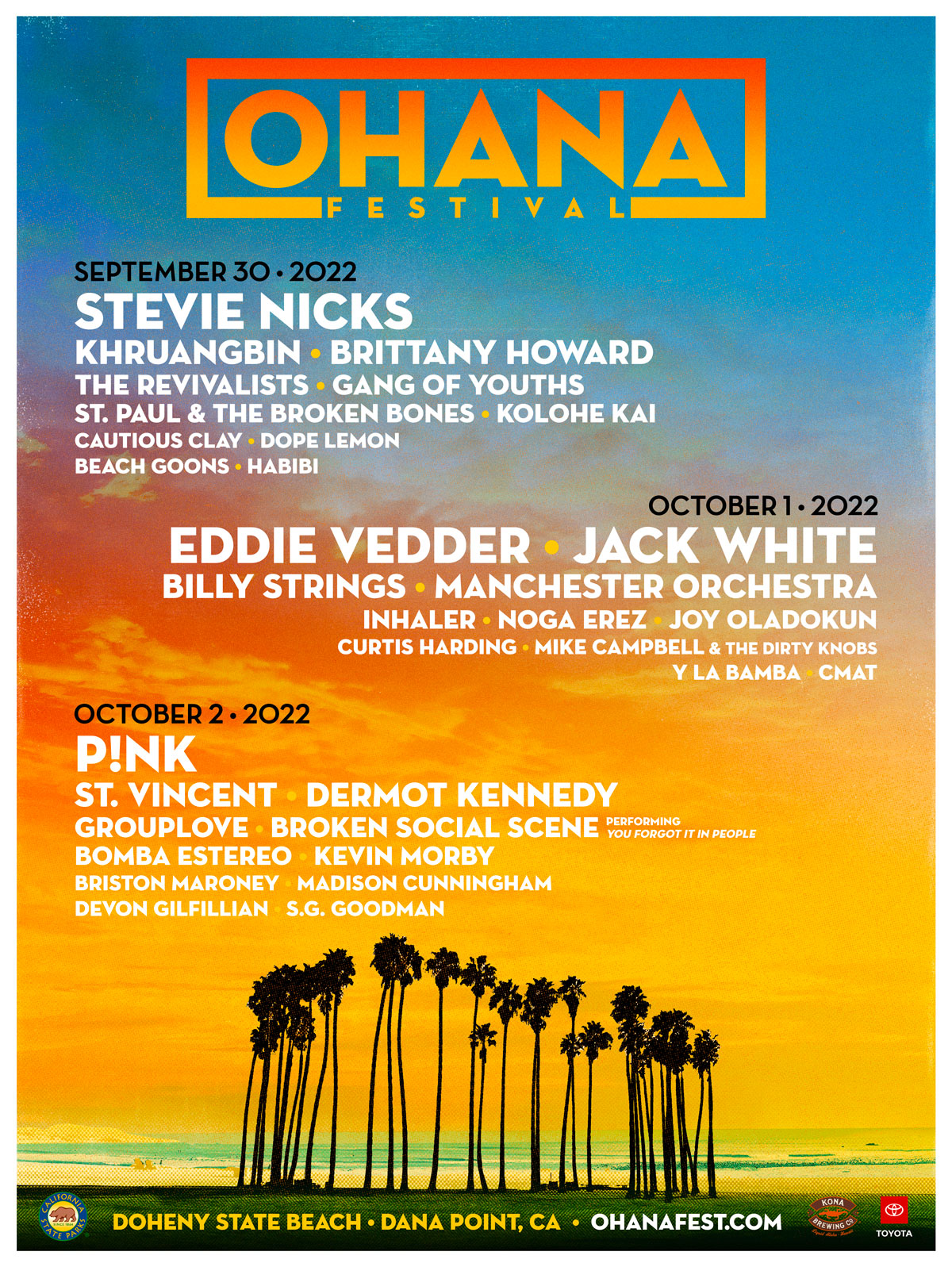 Where Is Ohana Festival 2022 Held?

This year’s Ohana festival location is Doheny State Beach, which is in Dana Point, CA. The venue can be found at the address 25300 Dana Point Harbor Dr, Dana Point, CA 92629.

Where to Stay During Ohana Festival 2022

We’ve partnered with the best hotels around Dana Point to bring you the lowest rates possible along with a great lodging experience for your Ohana weekend. 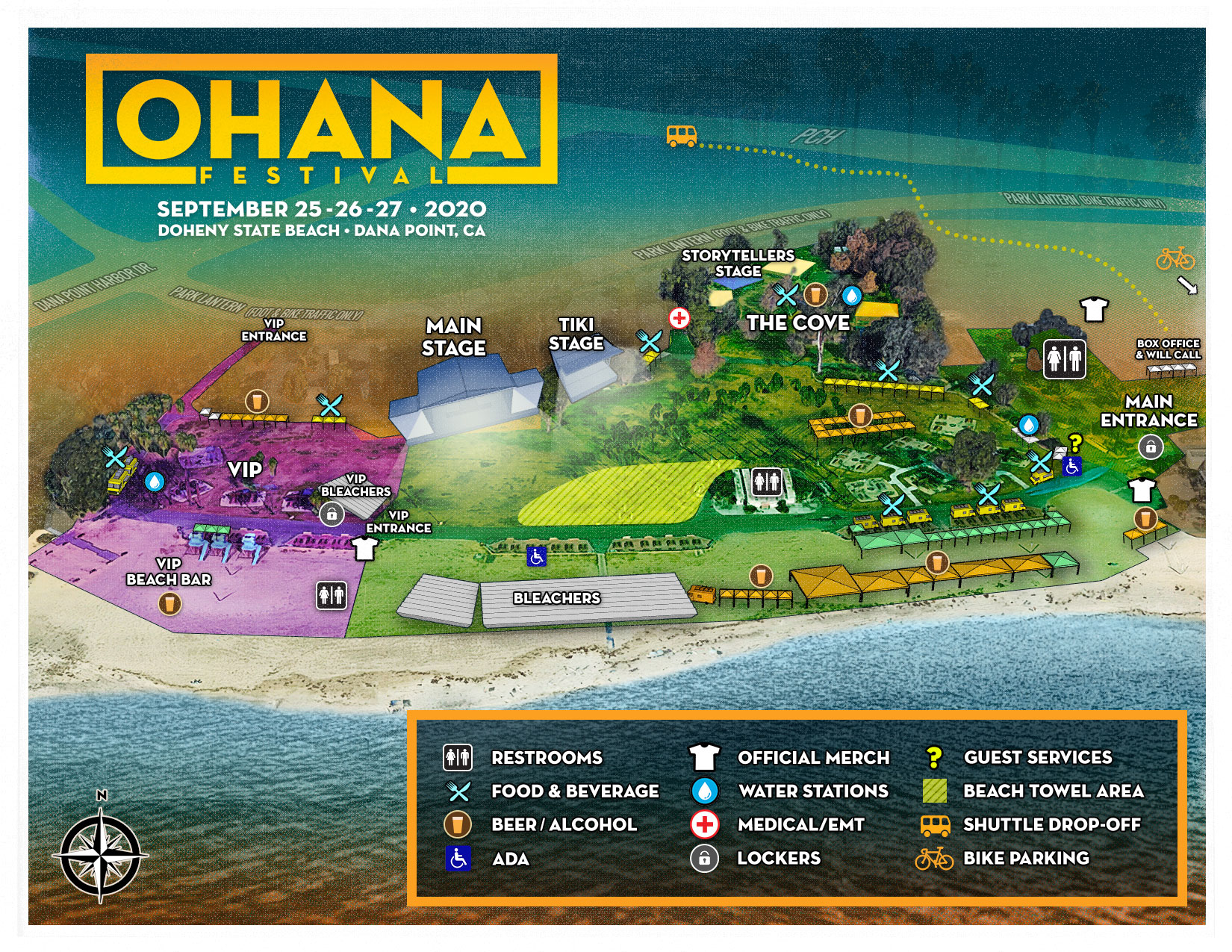 Will re-entry be allowed?

Same day re-entry will NOT be allowed once your ticket has been scanned. Once you exit the festival, you cannot re-enter on the same day.

Where to park at Ohana Festival

On-site parking is EXTREMELY limited so Ohana has implemented a shuttle system that makes it easy to get to-and-from the festival site. Free parking is offered at the shuttle pick-up/drop-off area. All festival-goes will need their own shuttle pass, including children 5 years of age and younger.