What is Riot Fest?

Riot Fest is an annual three-day music festival based in Chicago, Illinois, at Douglass Park. Riot Fest specializes in rock, punk, alternative rock, and hip hop. First started as a multi-venue festival in Chicago in 2005, Riot Fest has since become an outdoor festival starting in 2012, later expanding to Denver and Toronto until 2017. The festival is known for booking reunions, guest performances, and full album performances; it is also known as the one of the largest independently-owned music festivals in the United States.

How Much Do The Riot Fest Tickets Cost?

The prices for the Riot Festl start at $200 for the 3-day pass, according to the ticket provider StubHub (prices are subject to changes).

The providers have the following offers for different days:

No more rumors! The Riot fest 2022 lineup is yet to be announced but we know some of the names already. 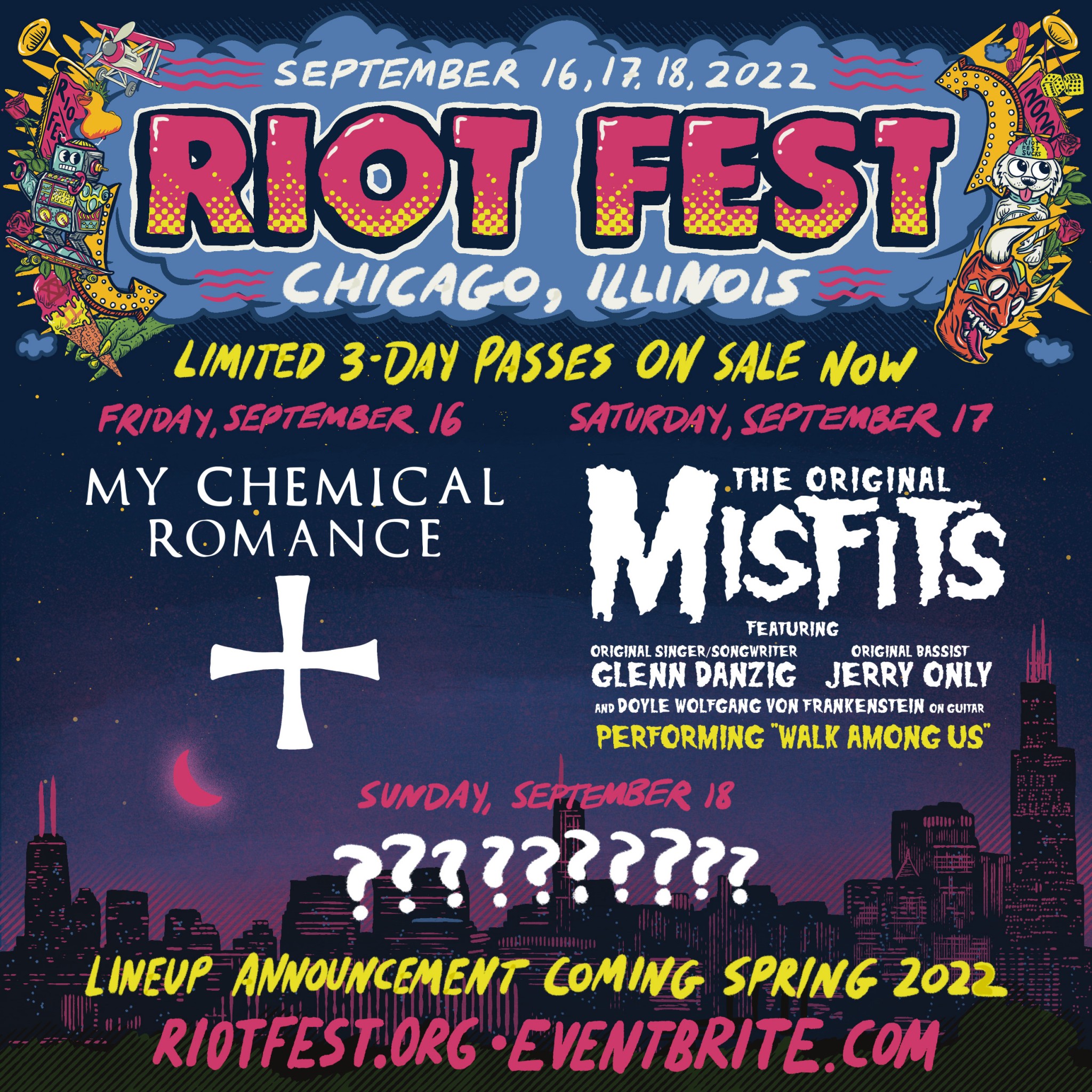 This year’s Riot Fest location is Douglass Park, which is in Chicago, IL. The venue can be found at the address 1401 S Sacramento Dr, Chicago, IL 60623, United States.

I bought a ticket for Riot Fest 2021, but saw that My Chemical Romance is postponing all shows until 2022. Can I transfer my ticket to 2022?

Ticket transfers will be made available soon so that you can move your Riot Fest 2021 tickets over to 2022 and still see My Chemical Romance without having to re-purchase. (Refund options will also be available.)

Can I re-enter the park throughout the day?

As a courtesy to Douglass Park community members, re-entry is not permitted for GA pass holders. A multi-day GA pass will allow you to enter the grounds once each day listed on the ticket.

Yep! If you bought a ticket to Riot Fest 2020, your ticket is automatically valid for 2021 and no further action is necessary.