The Oceans Calling Festival co-founded by O.A.R. and C3 Presents, makes its debut in 2022. The inaugural three-day event will be held on the southern end of the Ocean City, Maryland Boardwalk from September 30 through October 2. The festival will feature over 30 artists performing on three stages on the beach near the Inlet at the south end of the Boardwalk, promising a crescendo of sorts for the summer season. 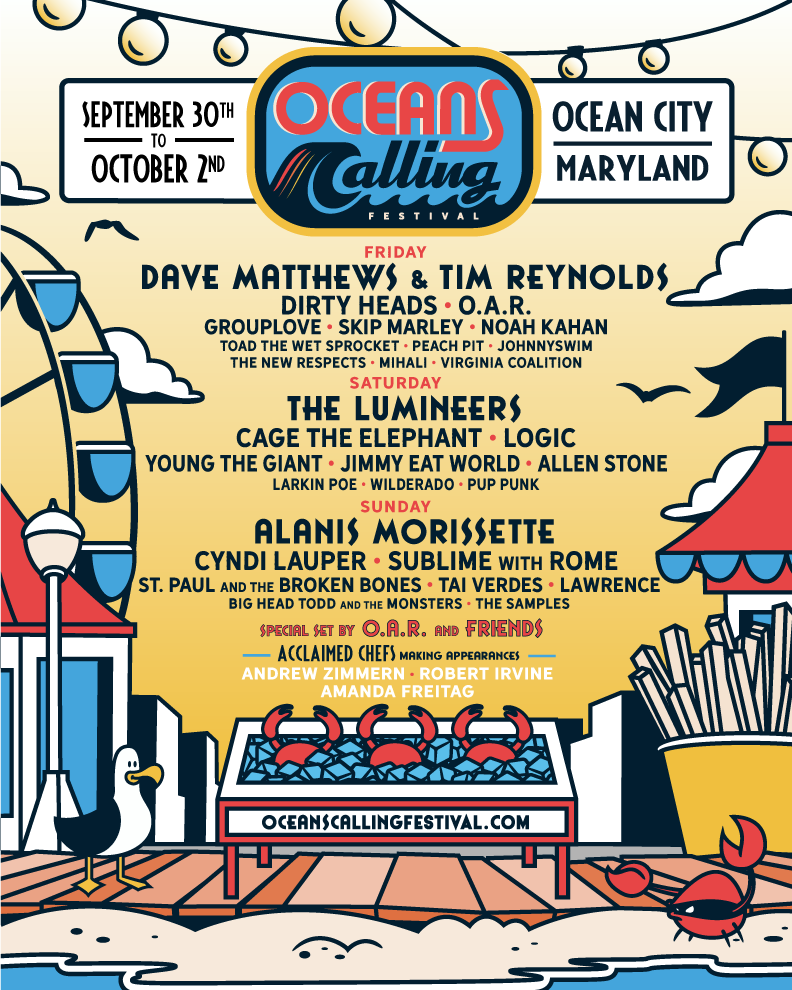 Premium ticket experiences start with the GA-Plus plan, which offers fans a private lounge setting with seating, private air-conditioned restrooms and a full-service bar with beer, wine and cocktails available for purchase. VIP tickets also offer luxury with prime viewing at two stages, along with air-conditioned restrooms, full-service cash bar, and food for purchase at the Main Stage Lounge and dedicated lane entry and more.

Platinum tickets offer all the amenities of the VIP and GA-plus tickets, in addition to on-stage viewing at the main stage, front-of-stage viewing areas, complimentary full-service bar and access to an open-air Platinum Lounge with relaxed seating and more.

Where to Stay During Oceans Calling 2022

We’ve partnered with the best hotels around Ocean City to bring you the lowest rates possible along with a great lodging experience for your Oceans Calling weekend.